A magnet is magnetized by an external magnetic field in a closed circuit environment to cancel the external magnetic field after the technology is saturated. At this time, the magnetic induction intensity exhibited by the magnet is called remanence. It represents the maximum flux value that the magnet can provide. It can be seen from the demagnetization curve that it corresponds to the case where the air gap is zero, so the magnetic induction intensity of the magnet in the actual magnetic circuit is smaller than the remanence. NdFeB is the highest practical permanent magnet material found in Br today.

Isotropic magnet: A magnet with the same magnetic properties in any direction.

Magnetization: refers to the vector sum of magnetic moments per unit volume of the material, expressed in M, in units of ampere/meter (A/m).

Permeance: The ratio of flux Φ to magnetomotive force F, similar to the conductance in a circuit. It is a physical quantity that reflects the magnetic permeability of a material. 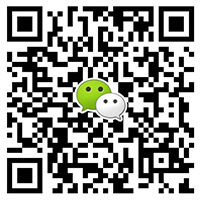